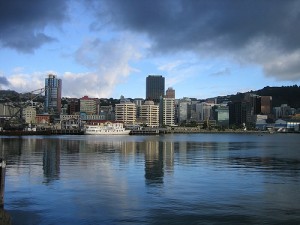 Like most countries, New Zealand has some wacky and wonderful facts that are sometimes hard to believe. Although sometimes a little crazy, these strange facts often provide a great starting point for creating the perfect holiday, filled with some of the most unique sightseeing adventures around.

Along with only two other countries in the world, New Zealand has two official national anthems. The first national anthem is God Save the Queen, with the second being God Defend New Zealand. To gain a deeper understanding of the heritage and culture that surrounds this proud nation, be sure to book in a visit to one of the many museums in New Zealand, including the Auckland War Memorial Museum or the Archives of New Zealand, located in Wellington.

No Capital City of a Country is further south than Wellington

With thousands of capital cities all around the world, New Zealand can proudly claim that their countries capital city of Wellington is the furthermost south in the world. Not only is Wellington the capital city of New Zealand, but it is also one of the most picturesque, providing tourists with hundreds of breathtaking views from vantage points all across the city.

Surrounded by the Tasman Sea and the South Pacific Ocean, New Zealand is home to some of the most spectacular marine wildlife and breathtaking ocean views. One of the best ways to experience all that New Zealand has to offer is by taking an adventure on board one of the many New Zealand cruises, departing from Australia almost every week. Gliding into the port of Auckland, aboard a luxurious cruise ship, helps you to understand the enormity and beauty of the waters that surround this astonishing country.

The Longest Place Name in the World

New Zealand is home to the longest place name in the world, which is still in use today. A famous peak in Hawkes Bay, located on the North Island of New Zealand, is named Taumatawhakatangihangakoauauotamateaturipukaka-
Pikimaungahoronukupokaiwenuakitanatahu – making it easy to understand why it holds the record of the world’s longest place name. The Maori translation of this name means “the place where Tamatea, the man with the big knees, who slid, climbed and swallowed mountains, known as Landeater, played his flute to his loved one”.

Did you know that less than five precent of the New Zealand population is made up of humans? The remaining 95 precent consists of animals, giving the country one of the highest animal to human ratios in the world. During your next New Zealand holiday, be sure to check out the abundance of animals scattered across the picturesque countryside.

While strange and wacky facts seem to be limitless in New Zealand, the country is still known as one of the most beautiful and breathtaking holiday destinations in the world. Whether you want to brush up on your New Zealand heritage and learn more about the countries national anthems, or simply want to tour the countryside, taking in the beautiful ocean views – this is the perfect holiday destination for you.