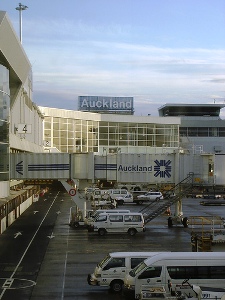 There are seven international airports in New Zealand. Auckland Airport is the largest in the country and handles most of the international traffic, while smaller airports generally handle only flights from Australia and domestic traffic.

The airport is located at about 40 min drive from the city center. If you need to get to the airport in the morning or during the rush-hour, the journey can take up to an hour.

There is an Airbus operating between the airport and the city. During the day it runs every 20 min, while during the evening it runs every half an hour. The fare is NZ$15 one way or NZ$22 return ticket. Discounts are available for children and backpackers.

Shuttles also link the airport to the city. The fare depends on the company, the destination and how many people there are in the group.

Among the airlines which offer flights into Christchurch Airport we can list: Singapore Airlines, Pacific Blue, Freedom Air, Korean Air, Emirates and the national carriers Air New Zealand and Qantas.

Wellington Airport is the gateway to the country’s capital and to the lower North Island. The airlines serving the airport include: Air Pacific, Pacific Blue, Polynesian Airlines and the national carriers New Zealand, Qantas and Soundsair.

The airport is located at 15-20 min drive from the city center. During the rush hours the drive can take at least 30 min.

The Stagecoach Flyer bus runs between the airport and the city center every half of hour during the weekdays (7:20 AM to 8:20 PM) and every hour during weekends (7:50 AM to 8:50 PM). The fare depends on how far you are traveling and is between NZ$3 and NZ$8.

Taxis link the airport to the city. The ride to the city center costs about NZ$25-30, while if you need to go to the suburbs, the fare is about NZ$95.

Shuttles run between the airport and the city suburbs as well. The ride to the near-by suburbs costs about NZ$12. If you need to get to the city center you’ll pay NZ$15, while if you are heading to the outer suburbs you’ll pay NZ$50.

Other international airports in New Zealand include: