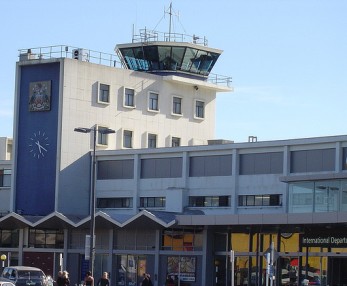 Christchurch is the largest city in the South Island of New Zealand and the second largest city in the country, after Auckland. Established in 1850 by the English, the city’s architecture definitely shows its heritage. It is known as the Garden City, thanks to the many trees that grow in the suburbs.

The city is served by Christchurch International Airport (IATA: CHC). It is located 12 km outside the city. It is used both for domestic and international traffic.

There is a regular public bus service to the city center. The buses operate every 30 minutes during the weekdays and at least every hour during the weekend. There is also a privately-run shuttle which operates between the Square and the airport every 15-20 minutes during the day. The airport also offers a door to door shuttle service (which is the most expensive choice). Taxis are also available and you can always choose to rent a car.

There are only 8 airlines serving Christchurch, offering both domestic and international flights:

When you look for cheap air tickets into Christchurch you might want to consider booking the cheap international airfare into Auckland and then choose a domestic flight to get to Christchurch. Of course, keep your eyes on the airline’s deals and if you prefer a certain airline make use of their frequent flyer program.