Check out New Zealand’s Spooky Past 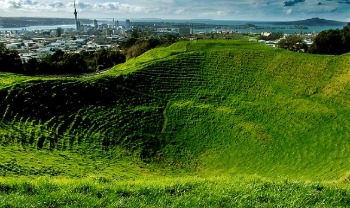 It’s that time of year again…the time when thoughts turn to ghosts and ghouls and haunted histories….of just to dressing up like your favorite spooky character and hitting the town. If you’re interests lie more in uncovering the paranormal phenomena in New Zealand than they do in heading to a pub dressed as your favorite super hero, you’re in luck. Check out Auckland’s Ghost Tours, which offers a 2 hour, lantern-lit walking tour at nightfall.

The start of the tour is along the trail of the dormant volcano of Mt Eden –  a breathtaking summit  on its own, which offers panoramic views of Auckland. From there guests will go to places such as the docks where  the great influenza epidemic initiated and claimed the lives of countless people, or learn about  New Zealand’s infamous beheading and a bizarre suitcase murder. It’s a fun way to celebrate Halloween and learn a little about the history of New Zealand and the city of Auckland. But don’t worry, those with a weak heart for scary stories won’t be too frightened. Like most ghost tours around the world, this one is all in good fun; the cost of flights to New Zealand will probably be more terrifying than any ghosts you encounter along the way.Unless of course you happen to stay in one of  cheap hotels in Auckland that is rumored to be haunted!