Getting from Auckland to Melbourne (and return) 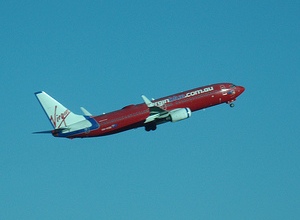 Auckland is the largest metropolitan area in New Zealand and is one of the best cities to live in. Built on the Auckland Volcanic Field, it offers spectacular views of the surrounding areas.

Many travelers who visit New Zealand also visit Australia (or the other way around) as the two countries are located close by and both offer a lot of interesting things to do and see.

If you plan to travel from Auckland to Melbourne (or return), the only option is to fly. Luckily, there are many carriers , including low cost ones, which serve this route, so the fares are affordable.

Melbourne is served by two airports, but only Melbourne Airport (MEL) handles international traffic. It is also known as Tullamarine Airport and is the second busiest airport in Australia. It is hub for Tiger Airways Australia, Qantas, Jetstar Airways and Virgin Australia.