The more populated of the two largest of New Zealand’s islands has much to offer for holidays. One of the best ways to see the North Island is by taking a road trip. Now, the national parks are rich treasure houses for exploration. A road trip visiting all or some of the North Island‘s national parks would definitely be a rewarding holiday. 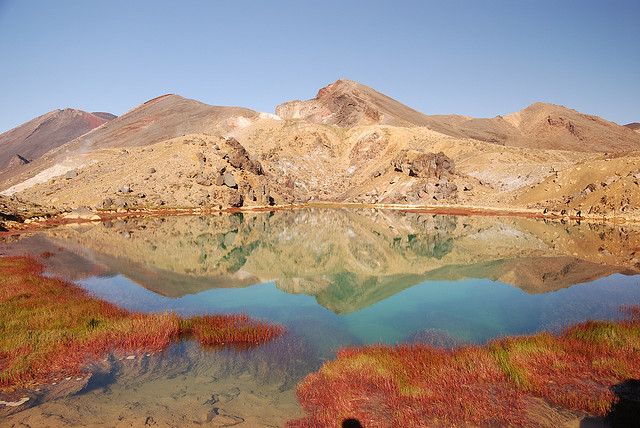 The weather does have a part to play in travel plans. Generally, more than 1,000 millimeters of rain falls each year in most parts of the North Island, and most of the precipitation falls in winter. The winter season lasts from June to August with temperature norms between 10 and 15 degrees Celsius. Summer happens from December until February with average temperatures staying in the 20s.

Going by road provides travelers with the opportunity to discover one or more of the national parks for themselves. These important natural resource centers are set aside because of their special features and the local plants and animals, yet some people pass their entire lives without visiting and exploring them. Here are some of the main points of each national park:

Egmont – Near the south-western coastline of North Island, Egmont National Park is just south of New Plymouth. The park is named for its dominant landmark, the volcanic Mount Egmont named by Captain Cook. The Maori name is Taranaki. Below the tree line is the lush rainforest. Marvellous views reward treks up the snowy mountain.

Te Urewera – Covering over 2,000 kilometres square between the cities of Taupo and Gisborne on the eastern seashore, Te Urewera National Park has amazingly beautiful lakes and forests. Hunting, boating, fishing, and hiking are only a few of the many fabulous things to do in Te Urewera.

Tongariro – Just to the south of Lake Taupo, Tongariro National Park is the oldest of the country’s national parks, established in 1887. The area is also a World Heritage region. Known as a spiritual area by the Maoris, the area is preserved for its significance to Maori culture as well as for its volcanoes, craters and waterfalls. Some of the park activities include hiking, climbing, hunting and snow sports.

Whanganui – Whanganui National Park is situated on the Whanganui River about half-way between Wellington and the country’s capital, Auckland. Many walking tracks are found in the over 740 kilometers square of park land. Boat, canoe and kayak tours are some of the ways to explore the river. Bridge to Nowhere is a picturesque concrete bridge over Mangapurua Stream in Whanganui, accessible by the waterways. Well-manicured pathways through the forest reach the top of the bridge.

Campervan hire in NZ is one of the best ways to explore the country. The vehicle can easily park anywhere, caravan parks are perfect settings for these vehicles. The national parks have convenient camp areas, the economical campervan provides transportation and accommodation solutions.

Have you taken a North Island road trip?