Planning Smart for a Trip to Italy from NZ 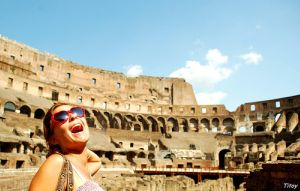 Saying that a destination is “on the other side of the world” is usually nothing more than hyperbole for a place that seems far away, but New Zealand really is on the other side of the world from the perspective of most people. Anyone visiting New Zealand from far away wants to make sure they’ve done their research so as not to miss something, and conversely if you’re based in New Zealand and venturing across the planet you want to do the same. In this post, we’re going to look at some of the things to consider if you’re planning a trip to Italy.

Italy is an expensive country to visit no matter where you’re coming from, so researching ways to keep an Italy trip on-budget is important. For reasons that have never been entirely clear to me, flying into Italy tends to be more expensive than flying into other Western European countries. Normally, you’d stand a good chance of finding a decent fare on flights into a country’s biggest airline hub – but in Italy, that’s not always the case. Although Rome is home to Italy’s biggest and busiest airport, airfare to Rome isn’t always the cheapest in Italy. Other airports to check for cheaper fares are Milan (even if you don’t plan on spending time there) and Venice.

Even if the cheapest flights to Italy aren’t flying into Rome, you likely have Rome on your itinerary – so your next stop in planning a budget-friendly trip to Italy is to look up the cheap Rome hotels you might stay in. Rome is chock full of hotels, and many of them are on the cheap end, although you’ll still pay more for a room in Rome than you will in many other parts of the world. Hostel beds in dorm rooms can cost €25 or more a night, and private hostel rooms are often expensive enough that you’ll get more for your money in a 1- or 2-star hotel. Most of the cheapest places that are still in the city center are around the train station, which isn’t necessarily the prettiest neighborhood, but it’s well-connected by bus, train, and Metro to the rest of the city. Sometimes finding the one or two areas of a city that have the highest concentration of budget hotels is the best way to narrow your search for accommodation.

Beyond how to get there and where to stay, the other component of trip planning is the “what to do” category. Much of this can be done in advance, but these days it’s also easy to make up or at least fill in an itinerary as you go along. You’ll want to know enough about what you want to do so as not to miss something critical – but after that as long as you have the tools you need on site you can figure out what else to do as you go. Carrying a guidebook is always a good option, and yet with all the cool iPhone apps for Italy that are out there now – and the number of people who won’t leave home without their iPhone – it’s also possible to have a guidebook (not to mention maps, walking tours, restaurant recommendations, etc.) in the palm of your hand.

You might go into your trip assuming that you’ll go back someday, but if your list of places to see in the world is longer than your arm you might want to pack as much in as possible just in case you don’t make it back to Italy. And thankfully, there are loads of great tools out there to help make the most of your trip.