The Hunt for Cheap Vacation Begins 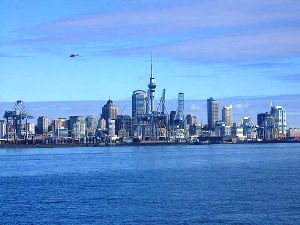 Most of those who have travel before already know that there is a magical time during the year when the prices are low, crowds are gone and the weather is still good : that’s the shoulder season!

The hunt for cheap vacations revolves around the high season : before it and after it. International travel deals are available pretty much all the time because, for example, when it’s summer in Europe, New Zealand enjoys winter and the other way around. So, if you’ve got several places on your radar, you can travel almost year-round at discounted rates.

With fall knocking at the doors of Europe, spring is starting to bless New Zealand. So, it’s time to look for airfare to New Zealand and plan your vacation. If you leave from London and plan your vacation in mid-October, round-trip flight to Auckland starts at £896 , while if you depart from New York, the round-trip flight will cost from $1673USD. Neither are direct flights. You’ll have to make at least a stop along the way.

With the flight solved, it’s time to check out the cheap New Zealand hotels . If you plan to visit Auckland, the capital, expect to pay from $98ZND per night in a 4-star hotel. Of course, if your budget is low, there are always hostels to choose from. Beds start at $13USD in dorms and $19USD in private rooms.

It is easy to plan a cheap vacation during the shoulder season. Just remember that the weather might play some tricks on you. But that can be solved with an umbrella.