Visiting New Zealand in the Off Season 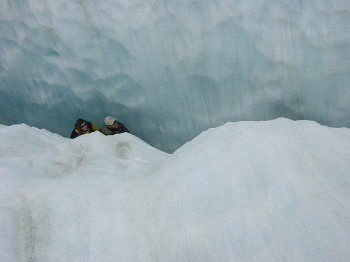 When I visited New Zealand, it was my first trip to a place in a different hemisphere than my own, and I distinctly recall the shock of experiencing the height of summer in January. But despite the novelty of warm weather in January to this girl from the Pacific Northwest of the US, the truth is that I’d rather go back to New Zealand during my summer (NZ’s winter) when it’s a cheaper trip overall.

The phrase “the other side of the world” is used often as hyperbole, but I’m staring at a world map right now and it certainly looks like New Zealand is on the other side of the world from where I sit right now. It’s no wonder flights to New Zealand are routinely so high, given the amount of earth those planes have to cover, but by visiting during the Northern hemisphere’s summer months you can save quite a bit on your plane ticket.

And if you think visiting New Zealand during their winter won’t be any fun, think again. The South Island in particular has activities a-plenty to entertain anyone who likes a winter wonderland. And even if you aren’t interested in skiing or snow-shoeing, that doesn’t mean NZ isn’t a good vacation spot. The whole country isn’t covered in snow, after all, and a city like Auckland up on the North Island can be downright pleasant in the winter. And, as with the flight prices going down in June-August, the same is true with accommodation costs – you’ll find many more cheap hotels in Auckland in July than you will in January, for instance.

If you’ll be visiting New Zealand this June, you’ll have a chance to experience something special because the national soccer team qualified for and will be playing in the South Africa World Cup starting in mid-June. Now, the New Zealand squad (called the “All Whites” – the national rugby team are the “All Blacks” – and neither has anything to do with skin color) is definitely an underdog in the tournament, but that doesn’t mean the home crowds won’t be cheering their boys on to victory for every game they play. Show your support by slipping into your New Zealand World Cup kit and cheering along with the rest of the crowd at the bar!