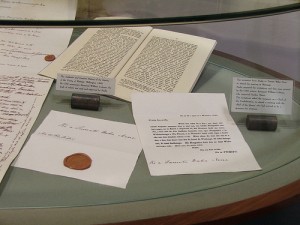 Every year on February 6, New Zealand marks the signing of the Treaty of Waitangi in 1840. It is recognized as New Zealand’s national day. It was first officially commemorated in 1934 and became a public holiday in 1974.

At Waitangi, the celebrations often start on February 5, the Ngapuhi Te Tii marae where speeches are given by the local politicians. On February 6, the Royal New Zealand Navy raises the New Zealand Flag, Union Flag and White Ensign on the flagstaff in the treaty grounds. The celebrations include a church service and cultural displays.

Throughout the country, the day is celebrated in a variety of ways, often with public concerts. And since it’s a public holiday during summer, many take the advantage of nice weather and spend the day on the beach.

In Wellington , Waitangi Park on the city’s waterfront, different cultures celebrate their nationhood with a mix of arts, crafts, food and entertainment.

In 1840, representatives of the British Crown and over 500 Maori chiefs signed New Zealand’s founding document. The Treaty of Waitangi was signed on February 6, in a marquee erected in the grounds of James Busby’s house, at Waitangi, in the Bay of Islands. It made New Zealand part of the British Empire, gave Maori rights of British subjects and granted Maori rights to their land.

There are differences between the Maori and the English language versions of the Treaty, which lead to debate over exactly what was agreed to at Waitangi.

Annual commemorations of the Treaty started in 1947. From the mid-1950’s , a Maori cultural performance was usually given as part of the celebrations.

Today, many of the early features remain part of Waitangi Day, including the naval salute, the Mari cultural performance and the speeches.

In 1974 it was announced that Waitangi Day would be a national holiday known as New Zealand Day, but in 1975 it was renamed Waitangi Day.

Celebrations elsewhere in the world

In London (UK), the occasion is celebrated by the Waitangi Day Ball.

But another tradition has recently emerged. On February 6, kiwis participate in a pub crawl using the London Underground’s Circle Line , usually beginning at Paddington and moving anti clock-wise towards Temple. At 4 p.m. a haka is performed at Parliament Square when Big Ben marks the hour.