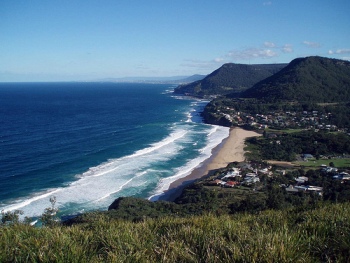 The land of the long white cloud is a country of stunning, diverse natural beauty with mountains, rivers, lakes and scenic beaches. It is blessed to be home to one of Earth’s richest flora zones, which include unique fauna such as the kiwi bird, the national symbol. The distances in New Zealand are large and it can easily take up to three or four weeks on each island to properly explore it, but the highlights can be seen in several days.

New Zealand consists of two main islands and many smaller ones, located in the South Pacific Ocean, about 1600 km southeast of Australia.

New Zealand is blessed with mild temperatures, moderately high rainfall, and many hours of sunshine throughout most of the country. The climate is dominated by the mountains and the sea. New Zealand has mostly temperate climate, although the north has subtropical weather during the summer. Therefore, the warmest months are January and February, and the coldest is July.

In New Zealand, the seasons are as follows:

The weather can change unpredictably due to cold fronts or tropical cyclones quickly blow in. So be prepared for sudden changes in weather and temperature, especially when you plan to do outdoor activities. During winter, the weather tends to be more changeable.

Generally speaking, the humidity and rainfall is higher in the west than in the east of the country due to the orientation of the mountain ranges and the prevailing westerly winds.

Summer is the best time for various outdoors activities (walking, hiking, etc), while autumn is excellent for travel if you want to see the changing of the colors of the leaves. Regions such as Central Otago and Hawke’s Bay are known for their spectacular autumn foliage. Winters are particularly nice for visiting glaciers, practicing winter sports and soaking up the superb scenery. Spring is excellent for water rafting and if you want to see the followers blossoming.

In summer – December to February – the average maximum temperature ranges between 20C and 30C, while in winter – June to August – , it averages between 10C and 15C. And although these temperatures are good guides to plan your vacation, the weather in New Zealand is very hard to forecast.

Because New Zealand is located in the Southern Hemisphere, the temperature decreases as you travel south.

Here are some average temperatures (day time/night time) for the most important cities in New Zealand: