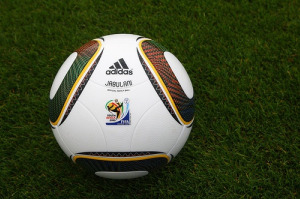 Time is definitely running out if you’re still planning to get to South Africa for the 2010 World Cup and cheer the All Whites on in person. But if you haven’t yet given up on the idea of making the trip, then this article has some things you need to know.

There are articles on WhyGo New Zealand as well as elsewhere in the BootsnAll family of travel sites that will help you save money on airfare to South Africa, figure out what the best route is to get there from New Zealand, and even some travel tips for South Africa once you’re there. We’ve linked to all the handy articles you’ll need below, so don’t delay any longer!

Oh, and don’t forget to get yourself a New Zealand World Cup jersey before you go!

The biggest expense of your trip to South Africa for the World Cup is undoubtedly going to be airfare (unless you fork over your life savings to a scalper for tickets to the final, that is), so here are some important tips to help make sure you get the best deal you can on airfare to South Africa.

Because there aren’t direct flights from New Zealand to South Africa, you have some decisions to make about the route you’ll take to get there. You can go semi-direct by stopping in Australia, or give yourself a bit more flexibility with your arrival in South Africa by flying to Singapore or Dubai instead.

Travel Tips for South Africa During the World Cup

Traveling in South Africa during a major event like the World Cup requires a bit of know-how, because there will be so many other foreigners visiting the country at the same time. This article has tips for South Africa travel that are handy at any time, but especially useful during the World Cup.

>> Read more about traveling during the World Cup in South Africa